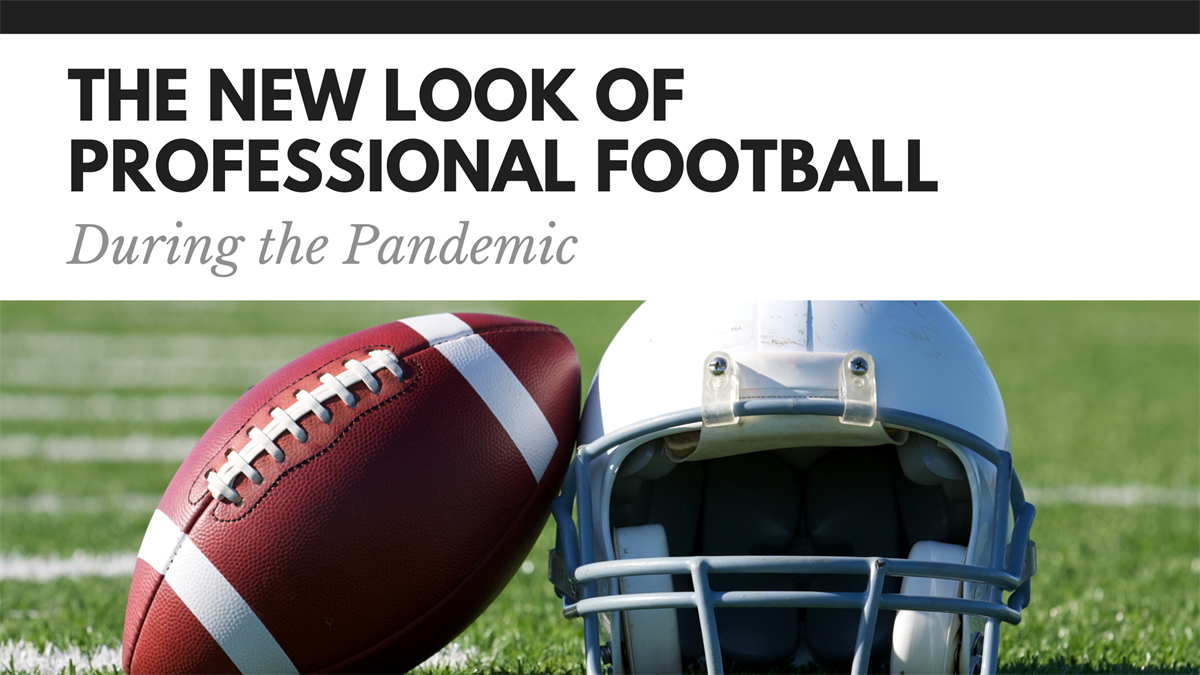 The New Look of Professional Football During the Pandemic

The coronavirus pandemic has created uncertainty in almost every aspect of daily life. This includes the upcoming professional football season. Professional football is one of the most widely watched sports and an industry that makes billions of dollars a year. Because football has become a part of our culture the NFL has been making leaps and bounds to be able to open for the season, even if it is to a fan-less stadium. So what will football look like during the global pandemic?

Only Players and Staff Members Will Be Allowed at the Facilities

The Season May Have a Later Start

One of the contingency options that the NFL presented was pushing the start of the season later in the year, with the hopes that case and death rates of the coronavirus will begin to dwindle allowing for teams to open the season with fans in attendance. If the NFL chooses to go with the late start option they have considered eliminating the off weeks, which would allow the full season to be played and concluded with the Super Bowl in February even if the start of the season is pushed back.

NFL Gear May Have a New Look

While social distancing in a contact sport like football seems almost unattainable, there have been modifications to some of the equipment used to help reduce the risk of transmission of respiratory droplets which is considered the primary means of virus transmission. To help prevent droplet transfer between players a new face shield has been developed to be used on the current helmets. This added piece will act similar to face shields worn by first responders whose job requires close contact on a routine basis.

With so much up in the air and coronavirus numbers continuing to rise it is hard to determine exactly how drastically the NFL football will be affected. One thing for sure is that the new season will definitely bring about changes as the country tries to find a new normal during its battle against COVID-19.